Anne McNamara
34
MIN
Listen this episode on your favorite platform! 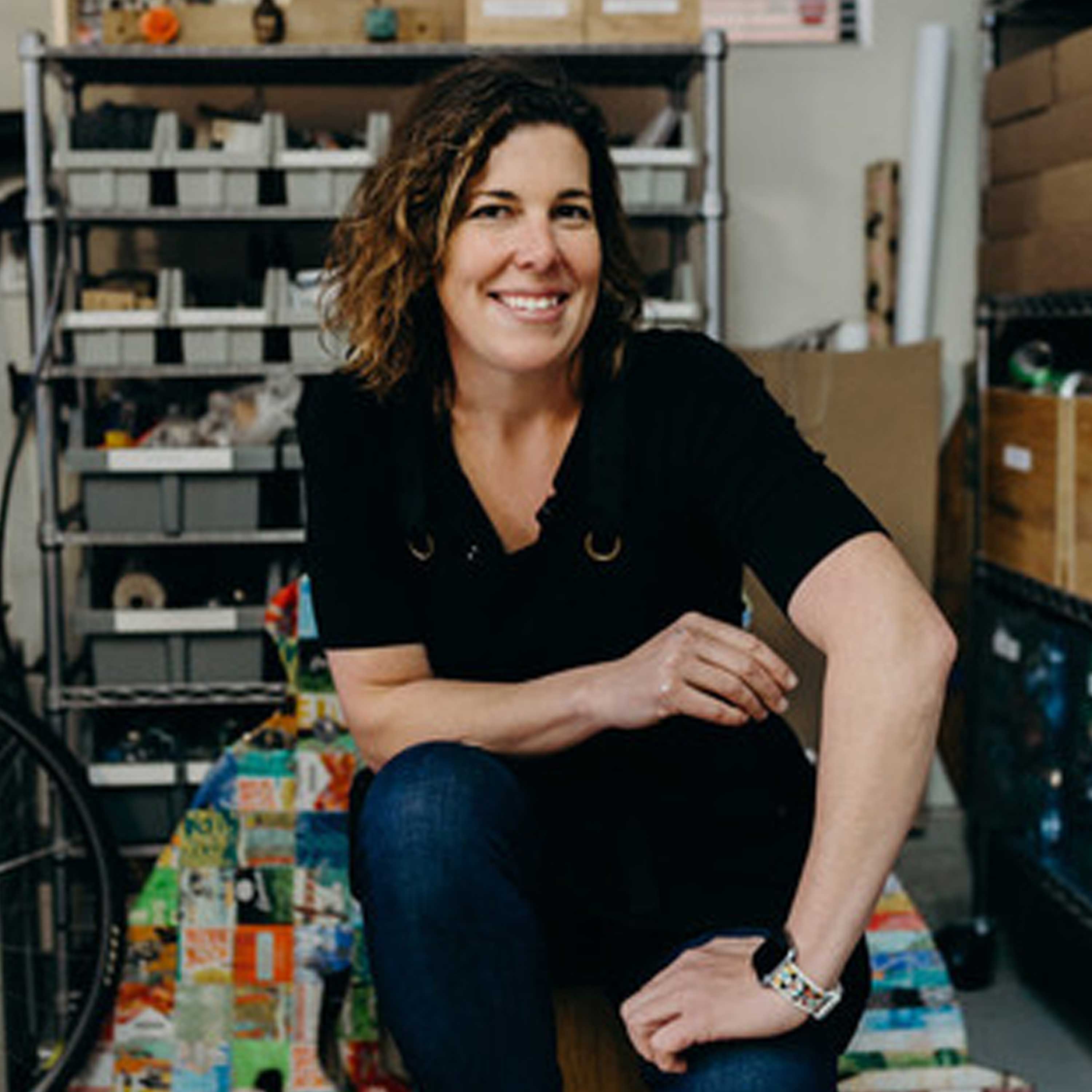 A woman of many talents, Liz Clausen pursues her Californian dream. After graduating from the Academy of Art University in San Francisco, she has wandered off the beaten career track to follow her creative interests and build an inspiring life.
Today, Liz applies her diverse skills to designing beautiful art collections from salvaged materials, reimagining people’s homes, and breathing new life into vintage trailers. Following her heart has led her to become one of the most sought-after interior designers in the North Bay, a passionate Sustainable Artist, and a successful Entrepreneur.
In today’s interview, Liz speaks about overcoming her dislike of networking, launching in the 2008 crash, and struggling with self-doubt. She shares how she has built her life from design to surfboarding. Already a huge inspiration to me. I hope that she empowers and motivates other women to follow their own path.

Here are 10 takeaways I have learned from Liz:

It started with luck

“I don’t think I ever had a plan for building this kind of life and launching my career. I always knew that working on my own might be a good fit for me, as I do like to do my own thing. I got started with a bit of luck and I built on it.”

Not everyone needs a master plan

“I started a couple of years ago I thought I should create a five-year plan to expand and bring people on, build a business with multiple employees and have a crew of my own rather than hiring subs. But I think the plan isn’t that anymore. I know what I want to do and what I’m good at, and I think more of the micro business plan where it’s really just me and a very good network of people. Right now, I’m feeling like that, though I just feel it out and see where it goes. So far, it has worked.”

Turn agility into a superpower

“I was able to jump into the first job quickly, but just as that job was wrapping, things started to fall away. I had to start reinventing myself at that time, which has led me to perform many roles. On the first job, I was an interior designer, and then in 2008, when there was less and less construction, I had to move more to hands-on stuff. Really anything I could do to stay busy.”

Build confidence by recognizing your strengths

“I struggled with doubt and seriously wondered if design was even a necessary job, especially when the economy was bad. Because, from my point of view, design came so easily to me. As I started working with other people, I saw that people’s brains work in different ways; some people can’t visualize. That gave me more confidence and gradually it grew.”

Don’t force yourself. Instead, find another way

“I did the traditional networking in the beginning. Checking out different groups, women’s groups, and builders’ groups. Some of them were great and genuine, and some of them felt forced and didn’t feel very natural to me. It was all about business, cards, cards, cards, that made me just want to hide in the corner. It took some time and experience to figure out that I can do it in my own way. I didn’t have to do it the traditional way. I still like to be out there and meet people, and all of my business is referral-based and from knowing people but in a more natural way. You know, I got a job by meeting somebody in a parking lot because she was trying to figure out what my truck license plate is.”

Saying ‘no’ is empowering

“I have always known what I liked and followed that. I am a little bit stubborn sometimes in terms of not doing stuff I don’t want to do, or I don’t care for. I definitely learned how to do that. I had doubts about saying no before but now, I feel much more confident, and I can sense when it’s going to work and when it might be trouble and can walk away from it.

A woman in a man’s world.. not a drama

“Sometimes being a woman in this industry stands out. A lot of times, I don’t even think about it. When I first started, I’d go into the lumberyard, and it’s all guys and trucks; it did take me some time to break through there. But now, we’re like best friends. I am still one of the very few women out there, so sometimes I get a little more attention, special service, in a good way, without patronizing or condescending. There were only a few instances where I got brushed off as not knowing something just because I’m a woman. I haven’t had many terrible experiences. If you can prove yourself a little bit, most people will listen to you and take you for what you’re saying.”

“I happened upon an old trailer (caravan) for sale on the side of a road. It was so random, we were just on our way to a job and saw this wreck. But it looked pretty cool. On a spur of the moment, I bought it. Now we have a trailer business, we own five, and there’s a sixth on its way Three are completed bars ready for rent, one is becoming a coffee cart, the other two are going to stay campers. A new business built on a hunch.

Stay true to yourself

“With different product lines, we were like ‘Should we try and get this in, should I design something somebody else can manufacture and then it could become big. And should I just do really high-end stuff to make one piece and sell it for $50,000 where neither of these things is really me? I’m not a high-end artist that spends 10,000 hours doing one thing. I did feel the pressure to do that and franchise and get bigger. But as I was trying to do it, it just didn't make sense in that it just isn’t my strong suit. My brain doesn’t really work like that. I can’t even comprehend how to do that. It wouldn’t be a good fit for me, even if it did take off.”

“I probably could be more successful and do bigger jobs and make more money, but the stress when I just started putting my toe in the water was too much. I don't think it’s my strong suit managing and making phone calls and handling emails and all that stuff. I’m better at hands-on things and being out there. If I’m not a huge internationally known designer, I’m ok with that. I’m ok with just having good, successful jobs around here and doing a good job and being happy doing them. I can support myself. I'm not driving around in a limo with diamonds draped on me, but I don’t really want to do that anyway.”

Watch this space for details on our campaign and how you can make a difference.