Anne McNamara
36
MIN
Listen this episode on your favorite platform! 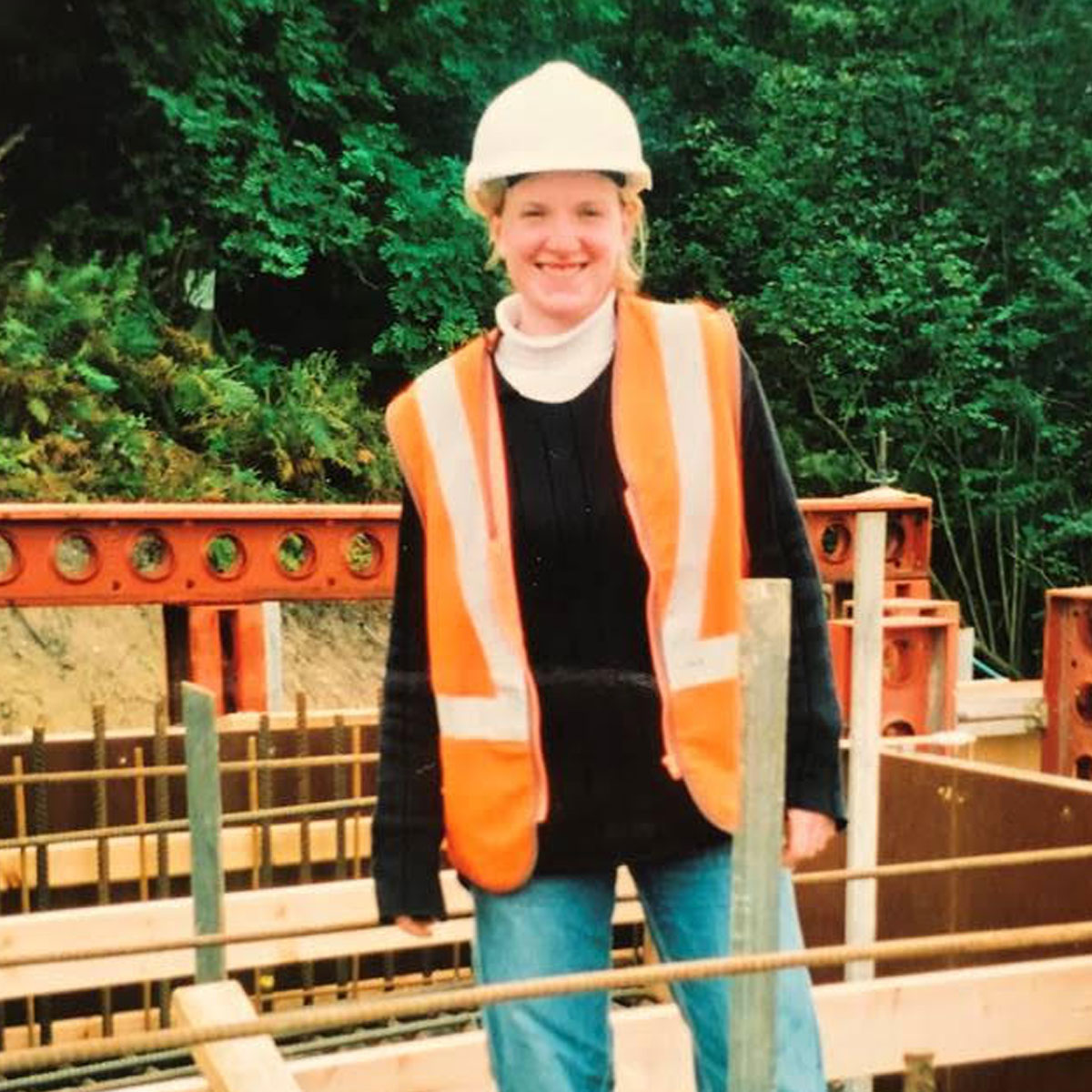 Christine is a trailblazer. A Civil Engineer with an MBA. She has held some of the top jobs in the public and private sector in the UK in highways maintenance, classified as essential work during COVID19.…but what makes her a trailblazer is not what she has done but how she’s doing it. Her bravery in forging her own path, choosing to be a servant leader in an industry that applauds Churchillian endeavour. A woman who has, in all the highs and lows of a 20-year career concluded that love is what it’s all about.

10 things I learned from Christine

“I didn't get the A-Levels I wanted to study to Architecture at Nottingham University, but I knew my instincts about the university were right. I had a phone call offering a place to study civil engineering there. I didn't even know what civil engineering was. I said yes because of the place.”

2. Feel it out when you don’t know the ‘right’ answer

“I spent the summer as an intern on the Channel tunnel and I knew straight away. This is what I want to do. So ironically, a few of missteps ended up leading to this whole career.”

3. Give yourself time to find your character

“Your character matters more than your exam results. It's your character that will get you through the journey. Don't worry too much about what other people think. I remember vividly in the early days trying to be one of the guys, behaving in a more masculine way because of the culture. That was not sustainable. It took me a while to work out who I am.”

4. Leave when you can touch the glass ceiling

"I got to a point where I thought, what next? I was looking at the organisation chart above me and the next step. The people above me were all guys, and they all had 10 plus years on me and age and experience and I thought, I can't wait around for 10 years to get my next step so I moved.”

5. Leave when your values don’t align

"I've walked away from organisations because my values and their values don't align. It's about the voices of the guys on the ground, not being heard. It should be fair and there shouldn't be as much disparity. All you can do is bring to light what the reality is."

6. Stay when you can serve, and it serves you

“I've kind of found my tribe now. You know, there's no doubt for me when I get up in the morning and do what I do. I call it social infrastructure, the difference that we make to society, to community. It's about the community that you're in, owning that patch, caring about that community and wanting to be proud of it. And you want to be able to say to people, “I work here, I look after this, I make this offering to you to the public and society.”

“We don't think enough about the fact that we have workers out on the roads next to live traffic with only a cone between them and the traffic. If you physically stand there and feel the traffic going past you, it’s unnerving, to say the least. But, they're not going to tell me unless I go, and I listen and experience it with them. Because they don't think that they have that voice. And that might feel that this isn't how it should be. They think that's what they've signed up for. And it shouldn't be.”

“It takes longevity of relationships. The greatest way that I've been able to make a difference is where people and organisations understand that this isn't a transaction. This is something that has a long-term impact. Sometimes I have to stand up and say, this is the wrong thing to do. And that's why diversity matters. That's why hearing different voices matters.”

“During the last recession, we had Mark Carney at the Bank of England. He was the one person I was really impressed by. He made leaders feel safe when everything was completely uncertain. Everyone else was trying to do the command or control and I'm going to lead it through this. And he was saying, “I don't know what's going to happen, but it doesn't look great. But we'll work it out.”

And it was the same recently with COVID19 when, I had to stand up, in front of 250 people and say, “I don't know what's going to happen next but I do know that these are some decisions that we can make that will make it better so let's make them together and keep talking, and see what takes off”

“There's no playbook. How do I lead in an organisation where I've got half the workforce that I need to get from an office to be able to work from home and half the workforce that I need to tell them that it's okay to stay and keep operating. Because they're worried that it can't switch off for three months and that complete disparity of experience. How do I lead from that, and there's no playbook to help me to do it?

We're proud to be a part of The REbuild Project. A camapign aiming to improve the three R's for women in the construction industry; Representation, Recognition & Remuneration. Learn more.